"Tim Borthwick is a Bronze Swagman Award-winning writer of original bush poetry. From a young age he loved to read the poems of Banjo Peterson and Henry Lawson, captivated by their ability to tell a story through rhyme and rhythm. Born on a sheep and cattle station in western Queensland, Tim has spent most of his life on the land, and has a great love for the people and stories of the Australian outback. Tim lives in Toowoomba, Queensland, and gets out to the bush whenever he can."

Postscript - Sadly, Tim died on 26 July 2018, aged 48, a few weeks after he emailed us this wonderful poem. Copies of his 2017 published work, "Waltzing Australia" can be obtained online, a series of 50 poems & stories capturing the flavour and uniqueness of living and working in the bush. There is also an audio version available narrated by Jack Thompson.

The poem below is reproduced with permission from Tim and more recently, his family.

Surveyor, bushman, artist, he was charged with building roads A small construction party with no proper fixed abodes From camps out in the mulga where the men would nightly doss To undulating ridges where they built their roads across

He opened up the country through Australia’s arid heart Ambition for adventure and commitment from the start Part bushman, part surveyor, he was thinking on the run While taking precious readings from the stars and from the sun

The "Gary", the "Gunbarrel", then he built the "Anne Beadell" And then the "Jackie Junction" for his youngest girl as well All roads that led to somewhere all strategically aligned The course was roughly settled and then cleverly refined

A nice old white gum in the way would be left standing still The road may be diverted to take in a pretty hill But mostly it was straight ahead, by far the quickest route Where Len Beadell would plot the path then find a road to suit

Now Len Beadell has made his camp where old road builders go But sometimes on those starry nights I see a fire’s glow I see an old Land Rover in amongst the scrub and rocks A smiling chap in hob nailed boots, with never any socks

He was a mighty character, of that there’s little doubt His name’s become a legend for his efforts further out With fortitude and enterprise he built each dusty mile With courage and conviction and with that laconic smile

The evidence is out there in the centre of our land In all those roads and "highways" he meticulously planned And when we come together with a yarn or tale to tell From camp to dinner table we’ll remember Len Beadell. 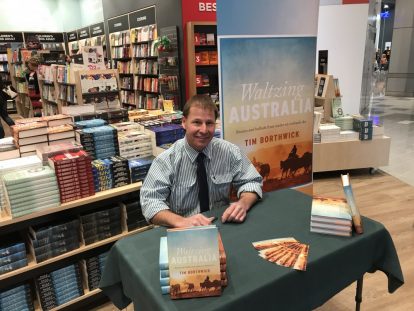 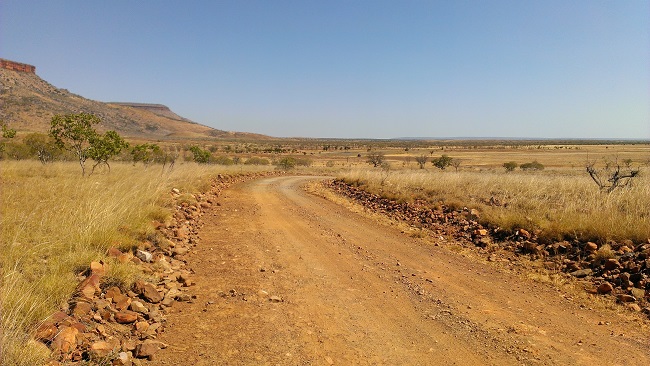